Do you believe in a bigger picture to the timing of events in your life? My mother is an astrologer and shares about astrological transits and their energetic influences. These are influences – you co-create your reality at all times. I’ve been feeling these influences in recent weeks as I’ve had some pretty ‘heavy’ transits involving Pluto and Saturn and a lot has come up to process.

Reality isn’t set-up so you can or can’t do something at a certain period that you wish to, yet that said, it may be more or less serving for things to occur or manifest at given times for any number of reasons our Higher Selves are aware of far more than we will ever be. This doesn’t ever need to put a limit on something positive manifesting when you desire it to, but there may be factors involved that could range from your personal alignment to something (at the level of belief/thought/feeling/expectation, for example), and stepping stones that may serve to occur prior to something’s manifestation to help bring it about and sustain it.
.
I’ve noticed divine timing with people over the years as one example, meeting people that are significant at certain times for all kinds of reasons. There is a dance to life. There are no perfect times nor choices, but there may be more or less optimum ones. It’s OK to not know what or when those are and go with whatever you wish whenever you wish, yet being sensitive and open to that ‘dance’ can allow for a flow of movements that feel best to you as and when. Be mindful you don’t end up waiting for a ‘perfect time’, however, which may be hidden resistance and avoidance.

Nature shows us there are rhythms and patterns of timing in life – the spinning of planets, the cycles of seasons, the blooming of flowers. Rather than pushing or trying to control in any way, trust in the flow whilst being mindful of not procrastinating. Know that your desires and intentions are heard by the universe and the divine plan will be working out in your favour if you do your bit.

Have you noticed seasons in your own life? I can think of a number of metamorphic phases in mine, with caterpillar (gatherer), cocoon (inward), and butterfly (expansion) stages as examples.
Reality is an oscillating ocean of possibility we are co-creating in every moment. In that sense divine timing can be seen as that CO-creative aspect of manifestation; the universal weaving of situations and circumstances in response to our desires, beliefs, thoughts, intentions, and the manifestation of dreams and our soul’s path.

Synchronicities are hallmarks of divine timing. Divine timing might not come with flashing lights, however. Sometimes its grace isn’t realized until weeks, months or even years later when you reflect how amazingly timed and blessed happenings were in your life and what they led to.

It obviously doesn’t serve to use any belief in divine timing as an excuse for not taking responsibility or being proactive (e.g. “XYZ will happen if and when it’s meant to so I’ll just do nothing until it does”). Divine timing also doesn’t benefit as an excuse to deny why something may not have happened (“Ah well, that obviously wasn’t meant to be.”).

Take responsibility and be sensitive to the ebbs and flows of life and a possible bigger picture of its tapestry. 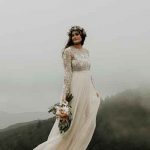